The store will not work correctly in the case when cookies are disabled.

You don't know what you don't know, until you know it! This little bit of information could change the way you make coffee for the rest of your life and make it so much more enjoyable. It did for me!

I first started using Nespresso over 10 years ago, which replaced instant coffee at work. My initial excitement soon turned to disappointment as I realised the coffee was horrible and even worse than the instant coffee I had been drinking! How could this be… It didn’t make sense?! But I persisted with it for about a month, convincing myself that it was actually better because it was real coffee and the problem was me, I just wasn’t used to it.

Each day I forced myself to drink it, while cringing, and shook my head in disbelief at how bad it was. But luckily I am a very inquisitive type of person, so started doing some research and asking colleagues how they were using the machine, in the hope my bad coffee was actually user error and could be improved.

I quickly stumbled across something which shattered my initial assumptions about pod coffee. I had thought that the ‘intensity’ rating of the pods was an indication of how much caffeine each pod contained. My assumption was that the higher the rating the more of a caffeine hit I was getting and because they were all a similar price, simple logic says I was getting more ‘bang for my buck’ by drinking the higher intensity pods (even though I didn’t actually like the taste of them!).!).

I thought if I drank the #12s there would be double the caffeine that is in a #6 and this isn’t the case. The intensity is actually more aligned with the taste of the pod. The can be altered by what beans are used, the blend of beans and the type of roast. This was a big development for me as I went back and started trying the lower intensity pods which at the time, I actually enjoyed much more.

My next discovery related to long (lungo) shots and this one was a game-changer! Again, I assumed I was getting more ‘bang for my buck’ by using the long shot instead of a short shot. I was getting more coffee for the same price, right? Wrong! After speaking with a few barista friends I learnt that cafes only use around a 30ml shot of coffee and the rest is milk or hot water for long blacks etc. I was told this extracts all the best elements of the coffee (oils, aroma and flavour) and extracting more can actually ruin a good coffee. I also found out that Long Blacks in a café use a double shot basket which has twice the amount of grinds as a standard basket. To get the equivalent coffee using pods I would need to use at least two pods. 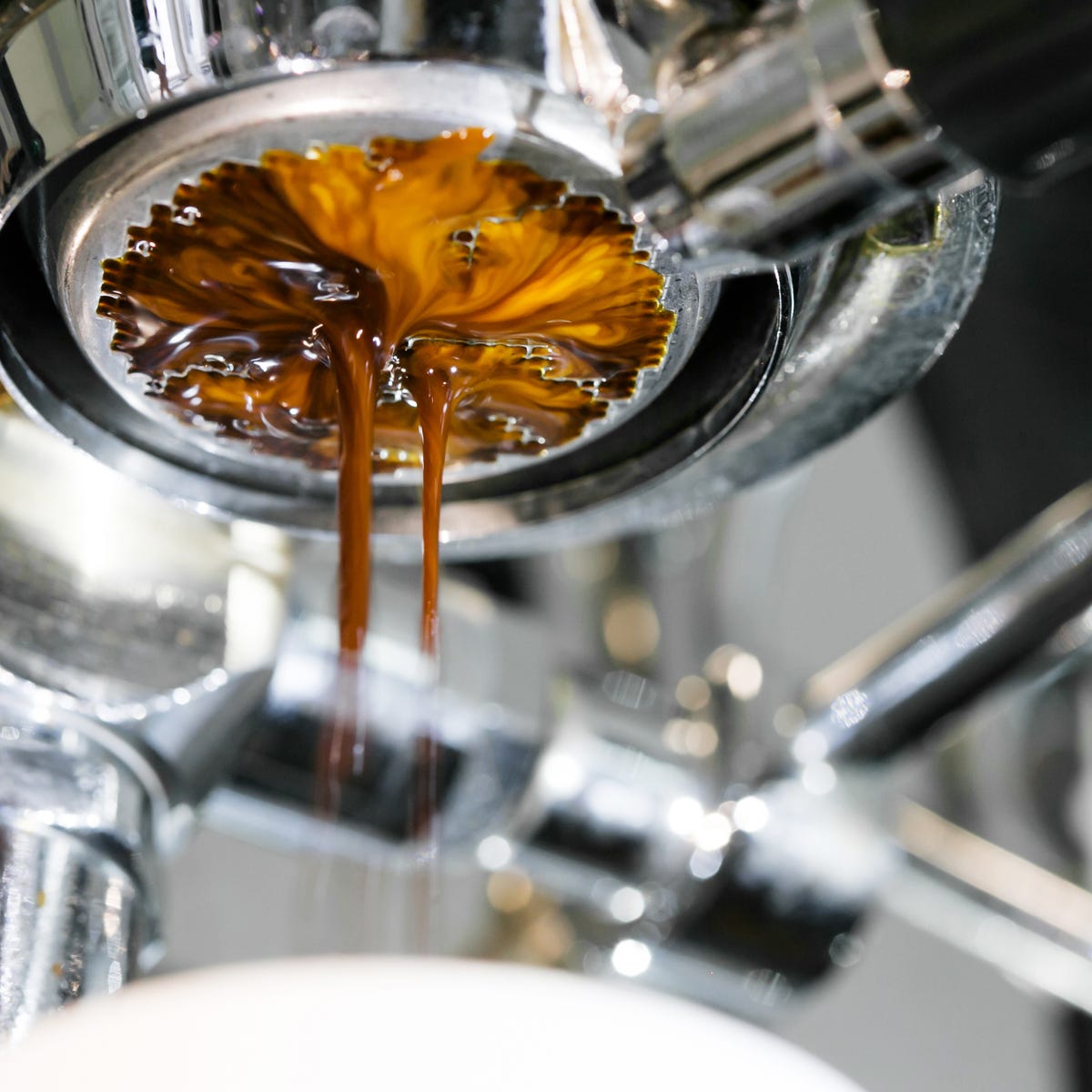 I wondered if the same principles applied to pods, so I started watching the extraction intensely and noticed that it was basically just dirty water running through the pod at the end of a lungo extraction… It was no longer thick and creamy coffee. After observing this I started using short shots only and voilà, my coffee pod experience improved immediately! It was far less watery and far less bitter.

For a latte or flat white, I now use the short shot and add milk to this, in the same way a café would. For a long black, I fill the cup with hot water (around 2/3 full) and then add one or two pod shots on top. I never would have thought such a small change could make such a big difference, but it did!

In the past some people making the transition from long to short shot have commented that their coffee isn’t as strong this way, but I would suggest these people are confusing bitterness with strength. After years of experimenting I’m am absolutely convinced that the short shot gives the best quality coffee across all brands and on all pod machines.

I highly recommend experimenting and making your pod coffee a few different ways. Also do it more than once. It will taste a bit different to what you are used to at first, but I’m confident you’ll enjoy your coffee even more after a few tries.

However, at the end of the day taste is subjective and if you enjoy your coffee using the long shot I’m not going to try and convince you otherwise… It’s all about what makes you happy!

Please let me know on Facebook or in the comments below if you agree or disagree after a few days of trying this. Very interested to hear what you think : )

It’s noisy out there, Brew Crew. You got Nan telling you to add three sugars to your latte and George Clooney telling you to look like a dazzling Hollywood devil each time you wanna make a cuppa!

To clear up some main questions you might have, we’ve rustled up all the need-to-knows about how to perfect the ultimate cuppa. Hit play to watch!

WHICH INTENSITY ARE YOU?

Drinking with milk? Stick to the 12’s and up. These are designed to cut through milk. Moo! If you’re enjoying your coffee milk-free, 10 and under is perfect for you.

THE LONG AND SHORT OF IT

For almost all of our intensities, we recommend using our short shot: this gets all those elusive oils and goodness out of your pod. The only exception here is our Long Shot. (Go figure!) If you’re using this roast from us, go to town with that Long Shot button.

For most of us getting into the coffee pod game, we love the schmancy coffees from our local café. We think that if we use the long shot button on a coffee pod that this means we’re getting more ‘bang for our buck’. But the truth is we’re not! After chatting to some of my barista friends, I found out that extracting more than 30 - 40 mls for a coffee ruins a good coffee! A 30 - 40 ml extraction is all you need to grab the best bits (oils, aroma and flavour). When you order a larger coffee in a café, they don’t extract the coffee for longer; they use a bigger basket. GASP!

So, here’s my pod equivalent/recommendation:

More flavour and caffeine = extract two pods (three if you don’t want to sleep until the following week).

A bigger cup of coffee = extract one pod. Clear your pod. Top up your cup by using the Long Shot button without a pod.

Most folks think that the higher you go up in our blends, the more caffeine you get in your pod. This actually isn’t true! The only way you can add more caffeine to your mug is by doubling your pod (or adding a second shot). As we go up in the roast scale, this is for flavour. This flavour is for those who love milk in their coffee or a mind-blowing kinda blend that’ll knock your socks off.

The exception here is our Double Shot, which is infused with natural guarana that’s foraged in a fancy Brazilian rainforest.

So, as we’ve mentioned earlier, if you want more caffeine, extract another pod or consider our Double Shot!

The last thing I’ll leave you here with is: sometimes your tastebuds need time to adjust. And maybe it’s not just a week or two. You’ll know this is true if you and your friend both have a local café and you both swear it’s the best coffee. Here, this is the brain working perfectly: if you keep giving it something, eventually it’ll start working towards telling you, ‘Yes, this is the most delicious coffee.’

Now, we’re not trying to brainwash you into thinking we’re the best (really!), but what we are saying is you should experiment and let your tastebuds catch-up with your brain. Both might need some adjusting to the best coffee in the world. We don’t need subliminal messaging here because we believe it!

We hope that this helps and clears some common questions you might’ve had about nailin’ a delicious coffee. Life’s simply too short for something in your cup that tastes like liquified cardboard, so if you’re not enjoying your pods from us: we need to know! Give us a call or email. We are here to help. Always.

Toby Strong (aka The Podfather)

Posted in Good To Know